On November 16, 2015, Norway’s Barnevernet in Naustdal changed the life of Bodnariu family and a worldwide unified Romanian community when they stepped into their house and abusively confiscated all five children born to Marius & Ruth Bodnariu.

You will find on this website why this family is very special to thousands of Romanians worldwide. Marius & Ruth touched many lives in a very positive life changing way before they met each other. Then, after they met and got to know each other’s passion for helpless homeless children, Marius & Ruth fell in love, got married, and started a family of their own. Eleven years later, because of their profound way of living as Christian evangelicals in a predominantly atheist society, they have been labeled “radical Christians” and were accused of “indoctrinating” their children.

Barnevernet in Naustdal stepped in a matter that outraged us all.

Marius & Ruth’s parental, and their collective family’s, rights were grossly violated via the unwarranted confiscation of the Bodnariu girls from school and the boys (including the youngest and still nursing 3-month old baby) from home, the arrest of the father, Marius, from work, the unsuccessful coercion of the mother, Ruth, by Norwegian authorities, interrogations of the parents (i.e. Marius & Ruth) without access to a lawyer and the interrogation of Marius without permitting him access to an interpreter.

Despite Norwegian authorities grossly abusing their power in tearing apart this family, Marius & Ruth Bodnariu, as loving and concerned parents, have transparently and openly complied with all Norwegian authority investigations for the return of their children. Throughout this entire ordeal, Norwegian authorities have employed intimidation tactics and overly excessive zeal to interrogate the Bodnariu children with leading questions designed to inculpate the parents, secure incriminating evidence against the parents, and cover-up evidence supporting the parents in their defense against the irrational, extreme, and unsubstantiated allegations brought against them.

Norwegian authorities have outright admitted, and clarified, that they are unfamiliar with, and uncertain of, the nature and quality of parental care that Marius & Ruth have provided to their children. Yet, these same Norwegian authorities spitefully and malevolently insist on the revocation of Marius & Ruth’s parental rights and vindictively continue in expediting proceedings for the reprehensible adoption of Marius & Ruth’s children.

It is with these concerns in mind that we have created this website in an effort to spread the story and raise awareness of the matter, standing united in protest, and in solidarity of support, for Norway’s return of ALL of the five children to their parents Marius & Ruth Bodnariu.

We are very aware of the egregious, and unchecked, encroachment of Norwegian authorities in the confiscation of these children, ages ranging from three (3) months old to nine (9) years old, from their parents in November 2015.

We thank you for visiting this website as it is the official communication platform gathering the latest news and information pertaining to this case.

Praise be to God who answered the prayers and appeals for the reunification of Marius & Ruth Bodnariu with their children, the Bodnariu family!  We thank Him for having mercy on these parents and children as today, after 210 days, this family is once again together at home! 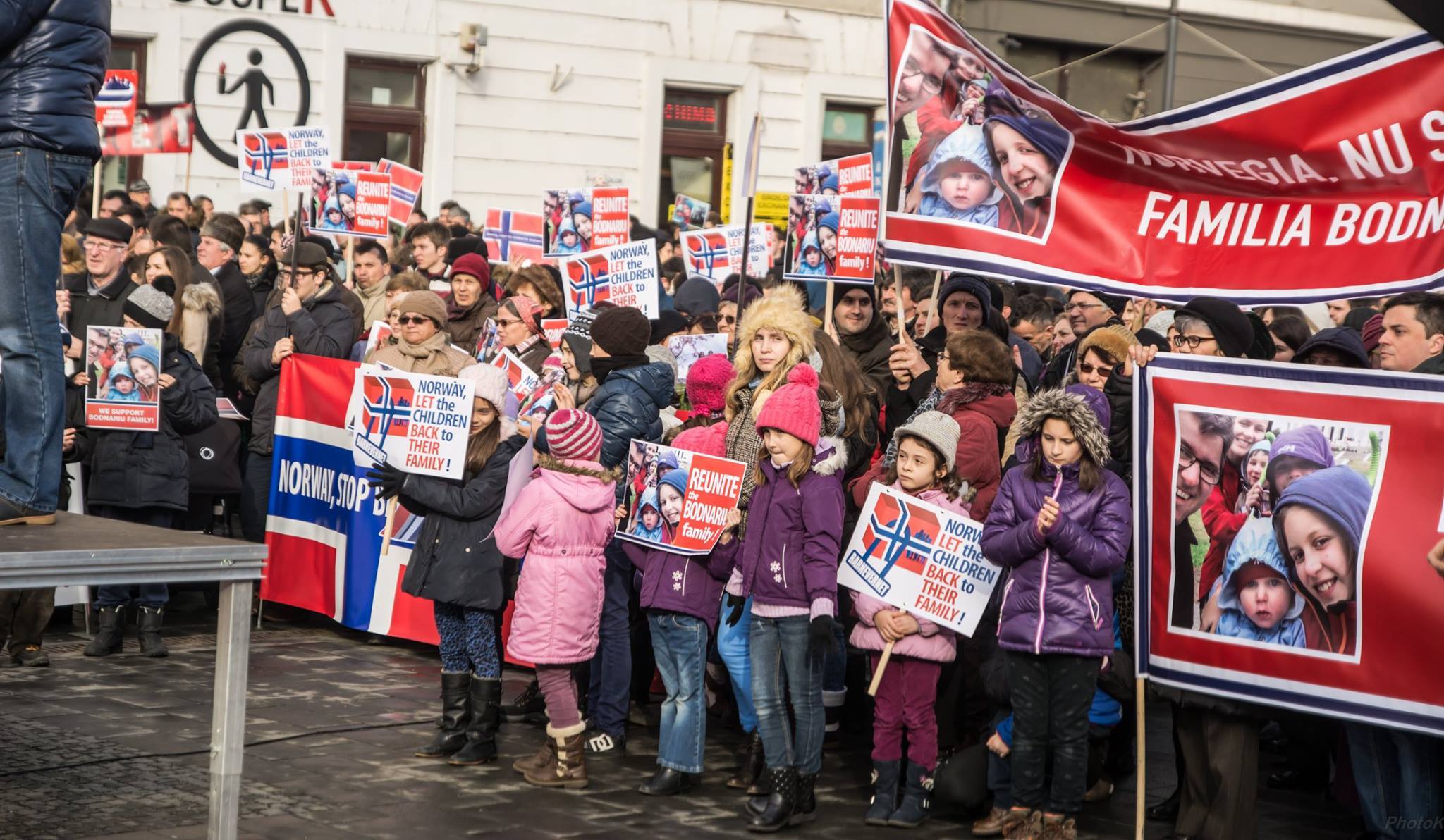 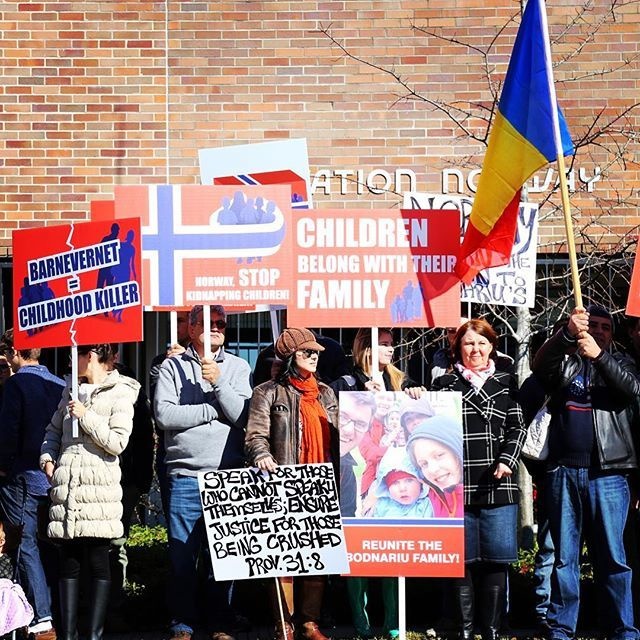 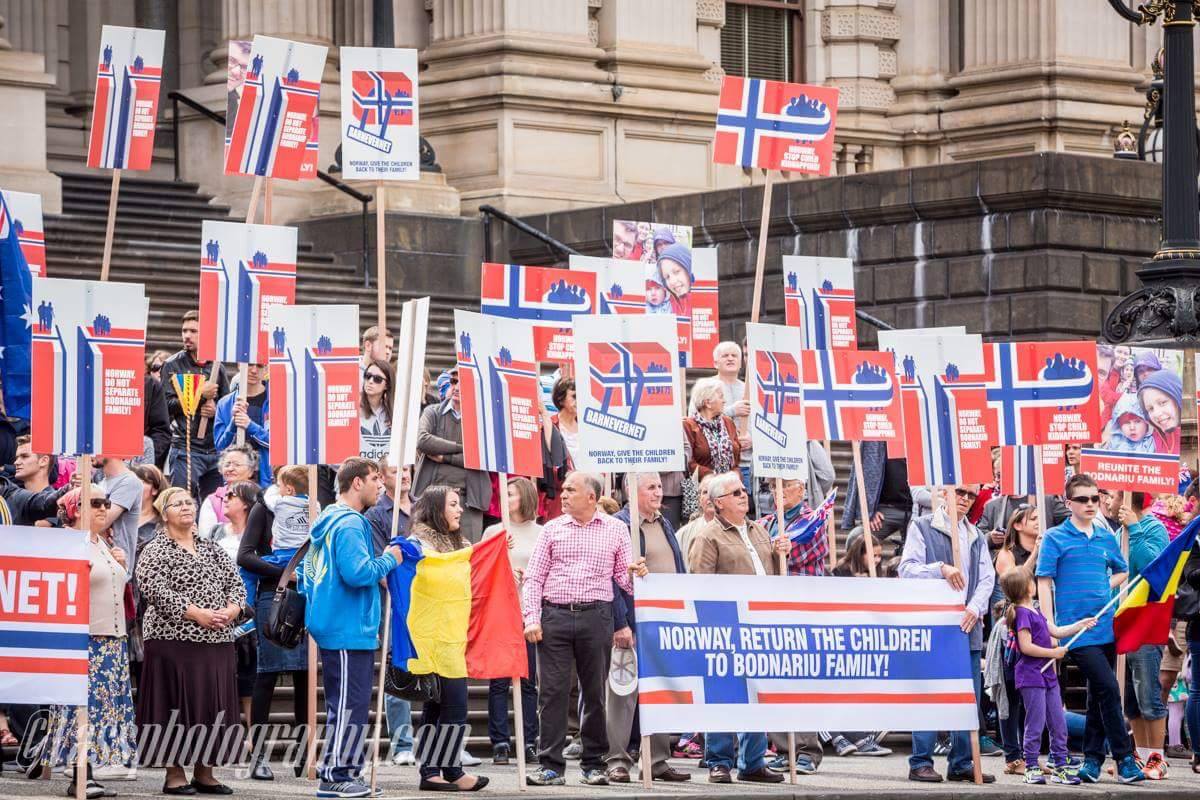 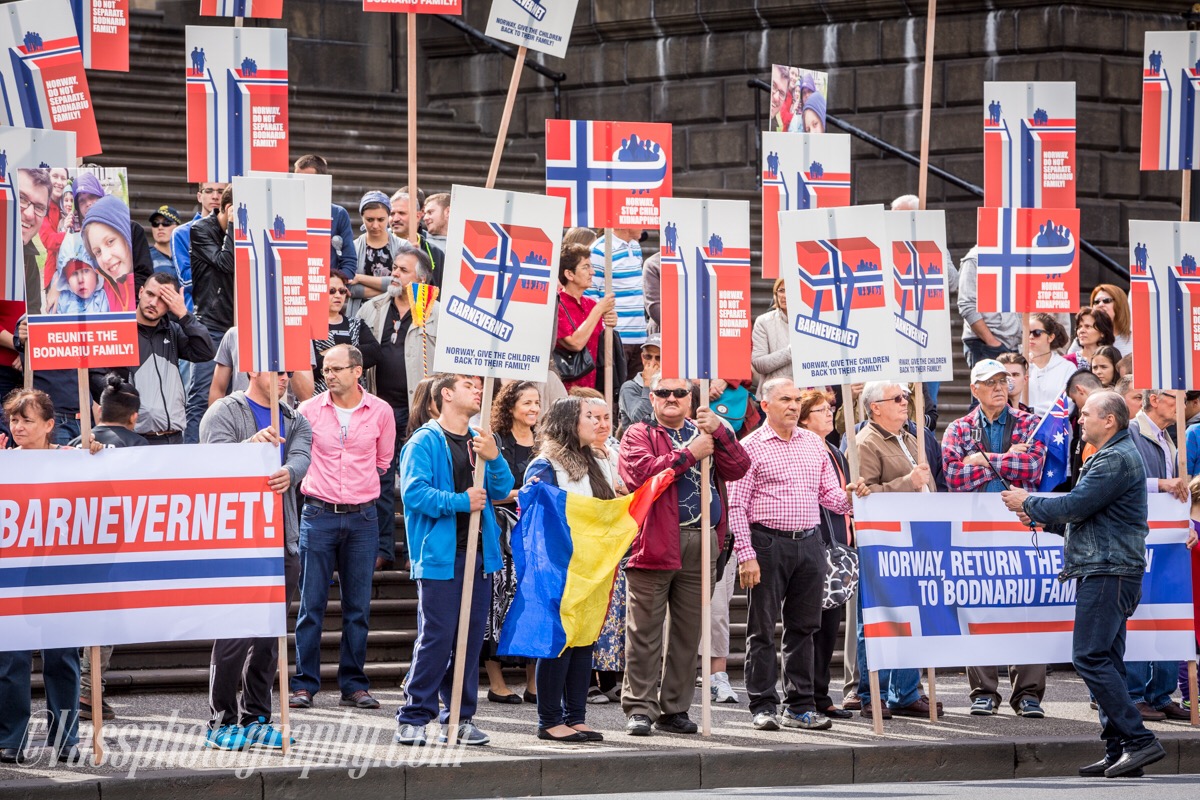 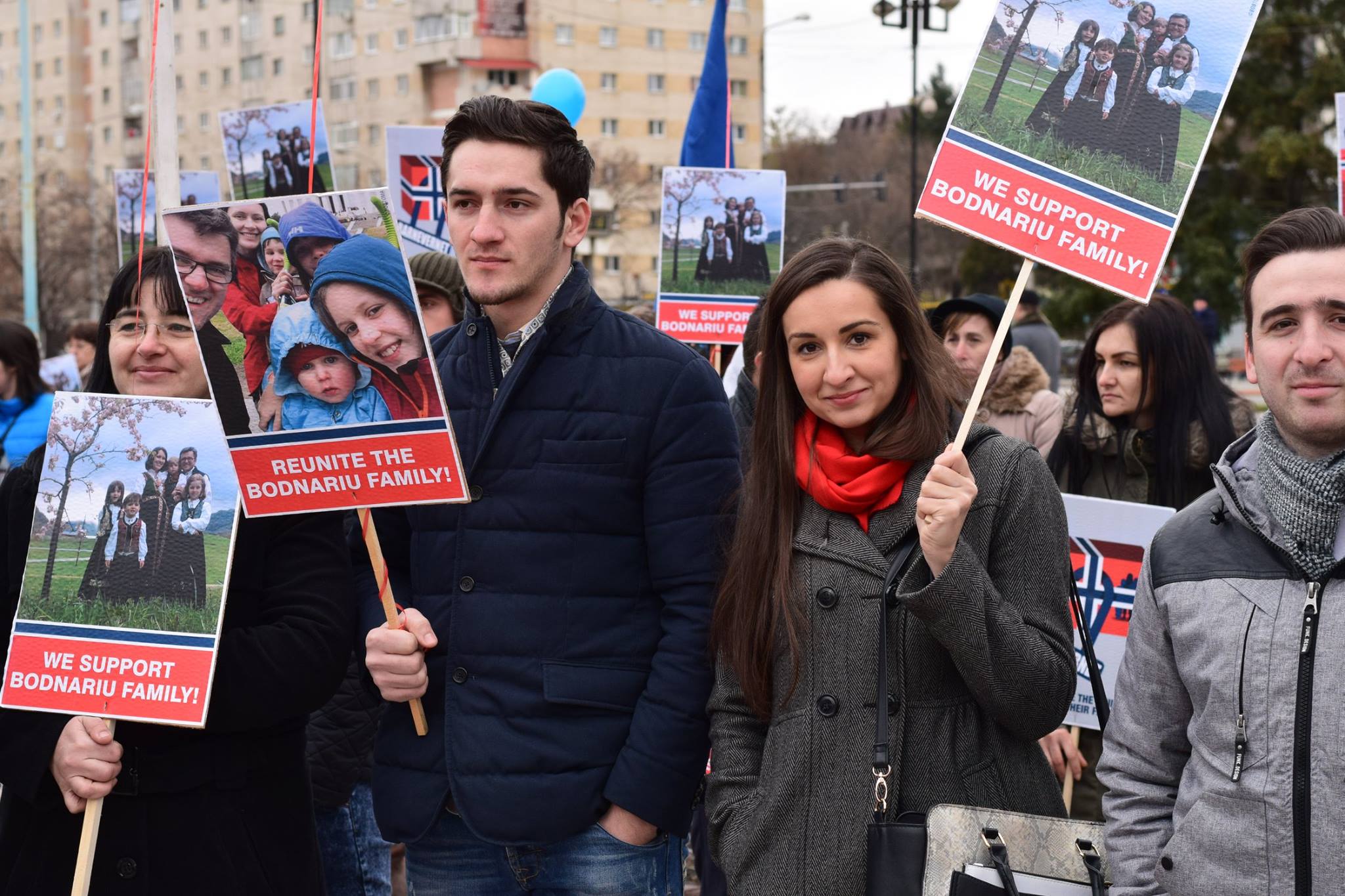 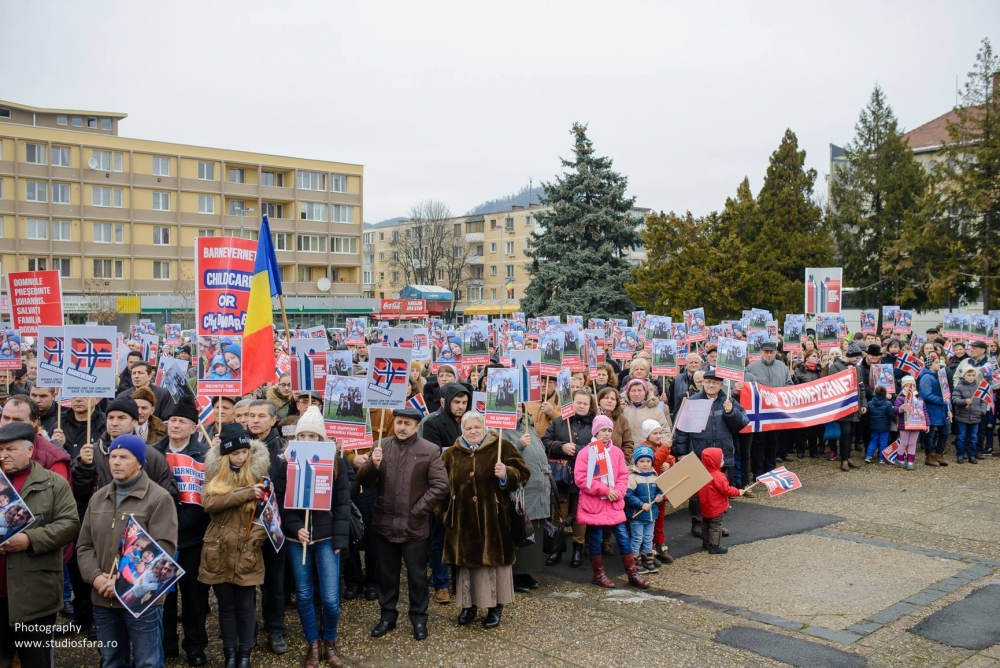 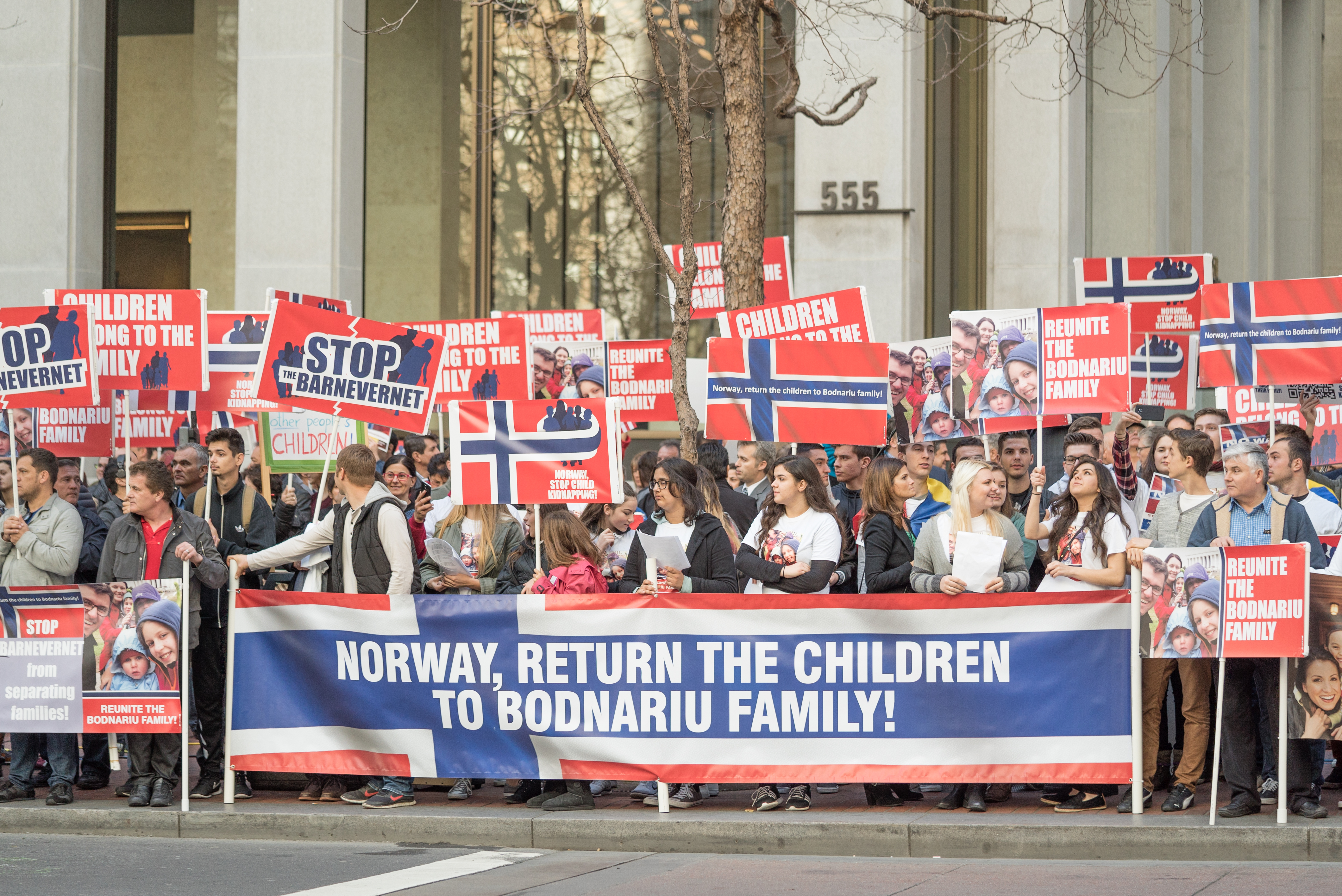 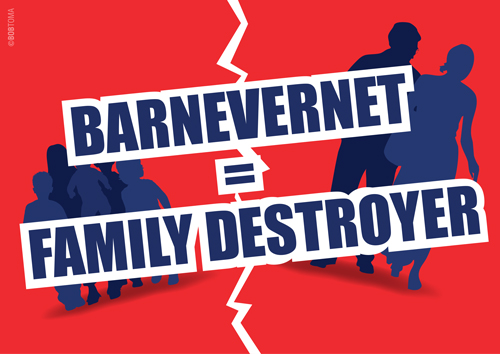 LIVE with “Karl and June” on WMBI RADIO CHICAGO